Ahead of E3, Sega and Gearbox Software has released a quick teaser of its new Aliens: Colonial Marines game which it has also now announced will be arriving in Spring 2012.

The Aliens: Colonial Marines game is a first-person shooter based on the characters and creatures of the Alien franchise, particularly the film Aliens. Check out the new teaser after the jump. 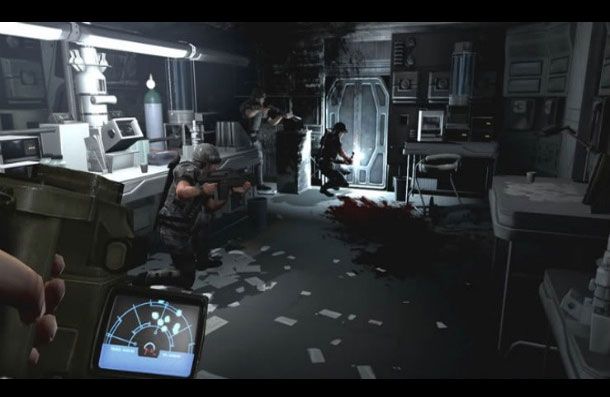 Within the game players can control four Colonial Marines, each with a different personality and primary weapon. Each character has the ability to carry additional weapons including a flamethrower, pulse rifle, smartgun, pistol, RPG, and different types of grenades.

The game will also features drop in/out co-op play, and has been designed to replicate the look and feel of the Aliens film. Definitely one to add to the list to buy in 2012.