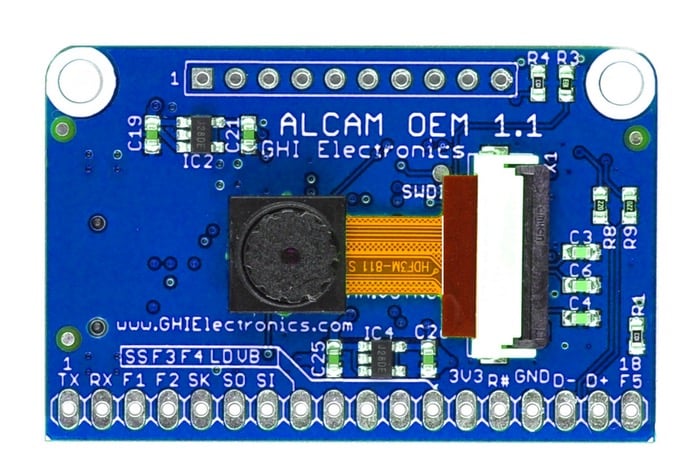 Arduino platform makers, hobbyists and developers may be interested in a new Arduino Serial Camera Module which has been created by GHI Electronics and provides the ability to capture time-lapse and stop motion video as well as still HD images.

The Arduino Serial Camera Module has been created to be used with any micro controller embedded board such as the Arduino Uno or similar and is now available to pledge for via an early bird backers price for $50 for the ALCAM-OEM board with a February 2015 shipping date.

“For years, we have tried several of the available serial JPEG cameras and we were very unsatisfied with the performance, the horribly translated documentation and the non-existent manufacturer support. Well, thanks to the creative engineers at GHI Electronics and to the community support, we will finally have a USA made, well supported and well documented serial time-lapse camera with much more to offer. Allow me to introduce you to ALCAM.

ALCAM allows any embedded system with a serial interface (UART, SPI or I2C) to capture JPG/BMP images and also to record them right onto an SD card. Also, ALCAM gives you the ability to create time-lapse and stop-motion AVI videos and save them directly to the SD card. All done through a set of simple and well documented serial commands. ALCAM can also capture images and videos though a special pin, without the need to send any commands.” 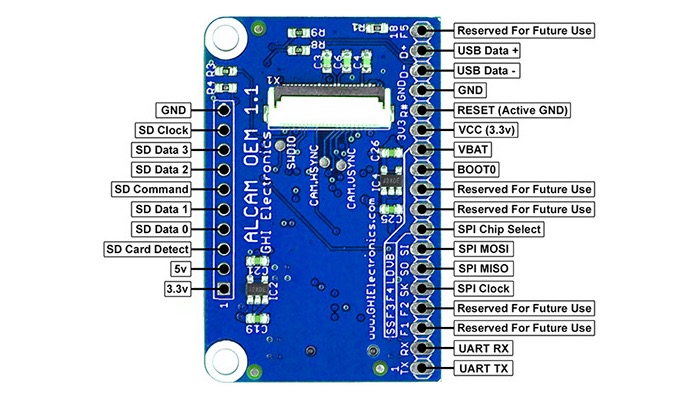 Features of the Arduino Serial Camera Module include :