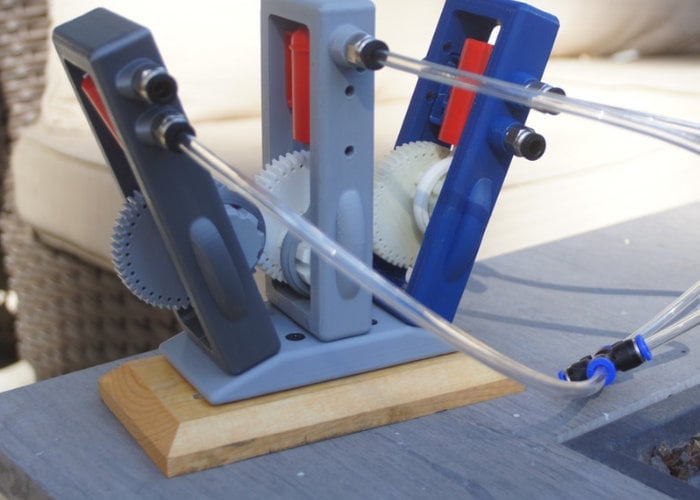 Engineer Vardan Antonyan based in Los Angeles has created a 3D printed air powered engine to enable you to explore the physics and mechanics involved in such an engine. Antonyan Explains a little more about the inspiration.

“I was tasked to create a power generator driven by engine with some serious oomph. My research brought me to various model engines like gasoline, airplane, Stirling, and steam engines. All of them were off the shelf and hard to build or scale. Also, those engines’ designs were old, and the only ones available were cheap imitations or antiques that needed restoration.

Then, I noticed some early models of 3D printed air power engines. I started building them from publicly available plans and nothing worked. Before I knew it, I was deeply involved with designing various models for myself that were finally operational. Now, a few months later, I have several very nice engines and many prototypes that I am giving away to my friends. This hobby is so much fun that I decided to share my designs with the world.”