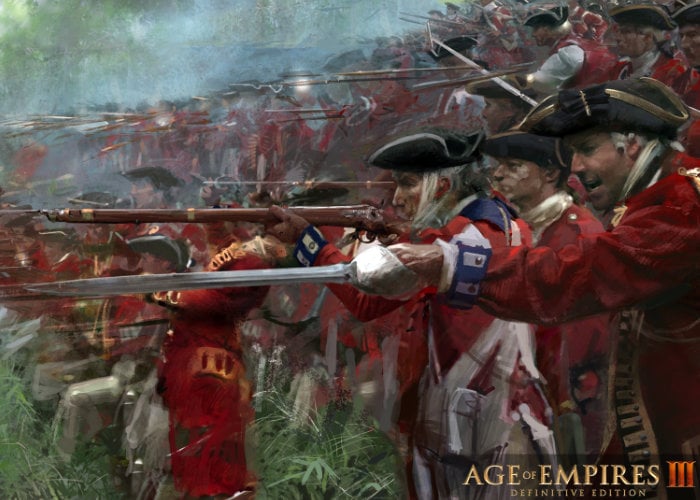 Age of Empires III: Definitive Edition is the latest entry in a series of remastered Age games, and the first remaster that utilizes a full 3D engine. In true Definitive Edition style, every art asset was recreated for this release; the team who took on this monumental task includes Han Randhawa (Art Director at World’s Edge), Brad May (Owner/Producer at Zero One), and David Giles (Senior Producer at Tantalus). It was my pleasure to ask them a few questions about their work on the game.

“Join Alex Battaglia for an in-depth look at the new Age of Empires 3 Definitive Edition – plus a detailed look at the crucial 2D to 3D transition point for the real-time strategy game genre. The new Age of Empires certainly looks as though it retains the gameplay of the original and makes a number of impressive visual upgrades – but is performance everything it should be?”

“We worked relentlessly to preserve the legacy art—cherished for so many decades by so many fans—while bringing a new fidelity to the visuals. We worked very closely with the community to get a good picture of what they wanted, and any time the visuals started to veer drastically far from the “look” that folks remember, we had to reel them back in.”

Han Randhawa (Art Director at World’s Edge), Brad May (Owner/Producer at Zero One), and David Giles (Senior Producer at Tantalus) explain more over on the official website via the link below.