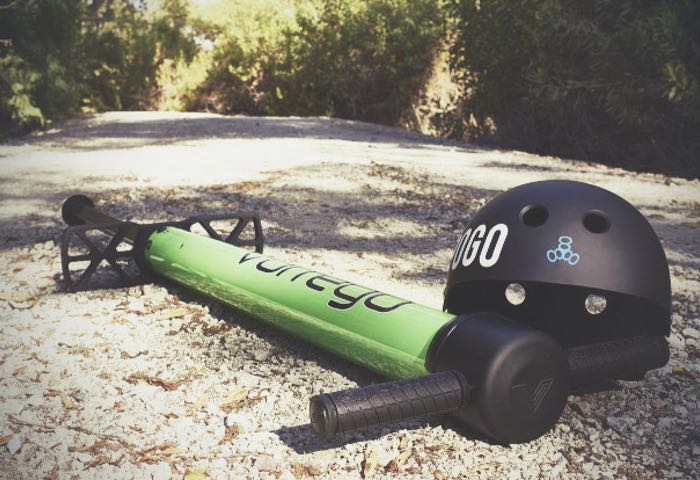 Vurtego Pogo has created an advanced adult version of the pogo stick that is capable of letting you take your pogoing to the next level, and is capable of propelling you up to 10 feet into the air.

Check out the video below to see the V4 Pogo stick in action and how technology has been able to help evolve the pogo stick into a high tech mode of transport and fun.
“The V4 is hands down the best pogo stick we’ve ever made. Back in 2006 we revolutionized the way pogo sticks worked with the V1. After nearly a decade, we’ve discovered another way to revolutionize the sport all over again. The V4 is the pogo stick that will pave the way for the pogo sticks of the future.

The V4 is the pogo stick that we set out to produce way back in the late 90s. It’s a portable trampoline that can go anywhere you want and let you jump anywhere from 3′ to 10′ high.“

The V4 Pogo stick project is currently over on the Indiegogo crowd funding website and has already blasted past it pledge goal making sure the V4 goes into production.

So if you think V4 Pogo stick is something you would enjoy bouncing on, visit the Indiegogo website now to make a pledge from $365 and help the V4 Pogo stick become a reality.