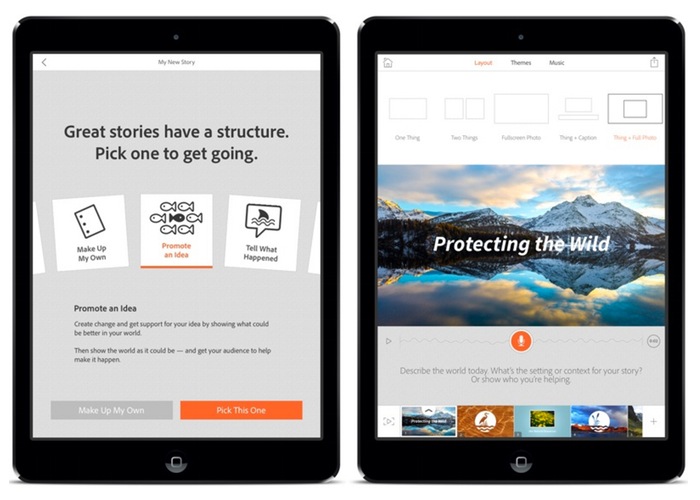 Adobe has today launch a new iOS application called Adobe Voice which has been designed to help you create stunning animated stories in just a few minutes.

To create an animated story no filming is necessary as users have a library of over 25,000 images they can use within the Voice iPad application. Once designed Voice will then automatically add cinematic motion as well as a soundtrack to your creation.

The Adobe Voice application also allows you to narrate your story with a simple touch of the screen to record one line at a time, Voice will then automatically add the perfect soundtrack to suit your storyline and vocals.

The new Adobe Voice story making application is now available for Apple’s iPad tablet and is available to download for free and runs on any device running Apple’s iOS 7.0 operating system or higher.

For more information on the new Adobe Voice application jump over to the Apple iTunes App Store for full details and to download.