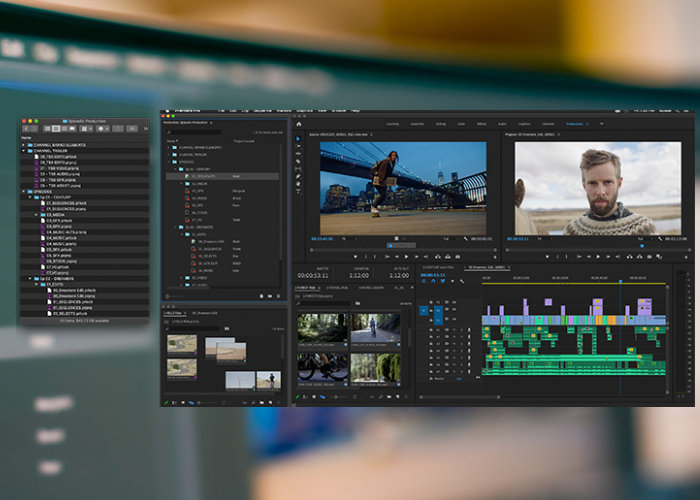 Adobe has this week announced its new Productions feature is now available in Premier Pro, providing a flexible and highly scalable framework for organising projects, sharing assets as well as improving and streamlining your workflow.

The new Productions feature set for Premiere Pro was designed from the ground up, says Adobe. With early versions of the underlying Productions technology used in the production of recent films such as “Terminator: Dark Fate” and “Dolemite is My Name.”

“When you have large or complex workflows, Productions allows you to divide them into smaller pieces, based on the existing Premiere Pro project format. Productions connects the projects, making them into components of the larger workflow and enabling a variety of use cases. For example, an editorial team working on a film can use Productions to organize their workflow around reels and scenes. Episodic shows can be grouped by season, so it’s easy to access other shows to retrieve things like title sequences or audio elements. Agencies can allocate a Production to each client, so they can quickly reference and retrieve assets from existing projects.”

“Using shared local storage, multiple editors can work on different projects in the same production. Project Locking ensures that no one overwrites your work: your colleagues can still access your project and copy content from it, but they can’t make changes until you’ve completed your edit.

All projects in a Production share the same settings, including scratch disks. This means that preview files rendered by one editor can be available for all editors who use that project, ensuring smooth playback and time-saving for the whole team.”