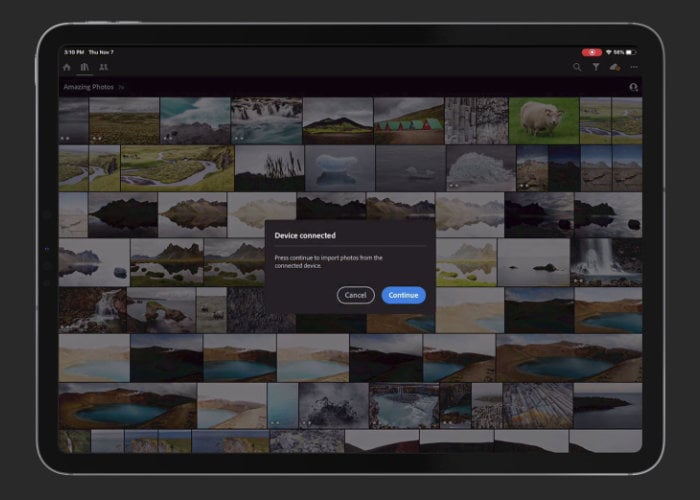 Adobe has demonstrated a new feature which will soon be available on the Lightroom iPad application, allowing users to directly import photographs from external devices. Check out the quick video demonstration below to see the process in action. To be able to use the new direct import feature within Lightroom you will need to be running the iPadOS 13.2 operating system or later.

Once installed the iPad Lightroom app will allow you to attach a camera or SD card directly to your tablet and import images straightaway without leaving the Lightroom app. Adobe has said that the feature will support RAW photo import and the ability to delete images from the attached device after import is complete.

“Lightroom’s Tom Hogarty shares a preview of a new camera-to-tablet workflow that will allow you to seamlessly import photo files directly into Lightroom on your iPad, beginning with iOS 13.2. Keep an eye out for this update coming soon to Lightroom.”

As soon as more details are released by Adobe on when the new feature will be available in the Adobe Lightroom iPad app will keep you up to speed as always.