With Apple still not allowing Adobe’s Air and Flash platforms to run on their iOS4 devices, Adobe has sent a sucker punch to Apple by releasing FlashTime a video calling feature for Android mobile devices.

FlashTime is designed for the Android mobile operating system and built around Adobe Air 2.5. It offers similar features to Apple’s FaceTime application and allows you to make video calls using front facing Android devices with cameras. 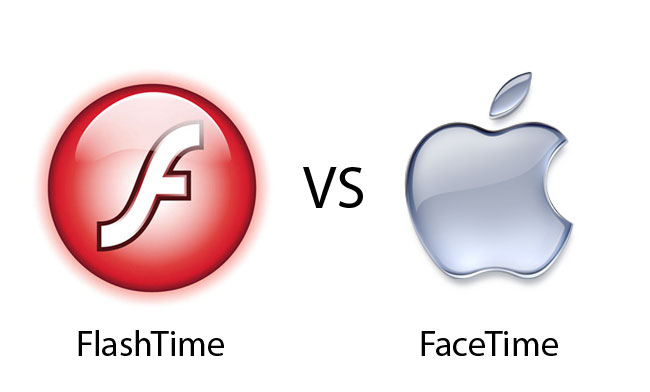 The new Adobe software is not expected to keep the name FlashTime once its released in to the main stream and a few features shown in this beta version may not make it to the final release. With the release of FLashTime I’m sure Apple are feeling a little uncomfortable seeing Adobe continue to gain strength on a rival mobile platform.

What are your thoughts? Do you think Apple has made the right move in rejecting Flash software. Have a look and our article on Android vs iPhone to see which smartphone and mobile platform is best for you.