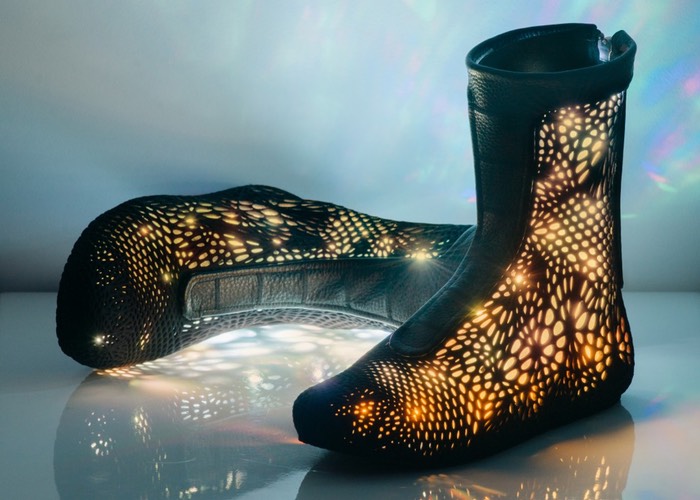 A new 3D printed shoe has been created by SOLS called ADAPTIV that is capable of changing its shape around your foot to help make footwear even more comfortable.

SOLS has equipped their new ADAPTIV footwear with a range of sensors that track the wearers foot and constantly change the shape of the shoe. Watch the video below to learn more about this innovative new creation and how it may help change the future of footwear design.

“Form, function and design were never meant to be separate; in the future, footwear will be adaptive, responsive, transformative and customized to you and your needs. The athlete will be protected from common lower extremity injuries and will be able to achieve peak performance, making them unstoppable.

ADAPTIV was announced at the NBA All Star Weekend event, hosted by Carmelo Anthony of the New York Knicks (Co-founder of Melo7 Tech Partners), Katalyst Live, MADE and Intel.