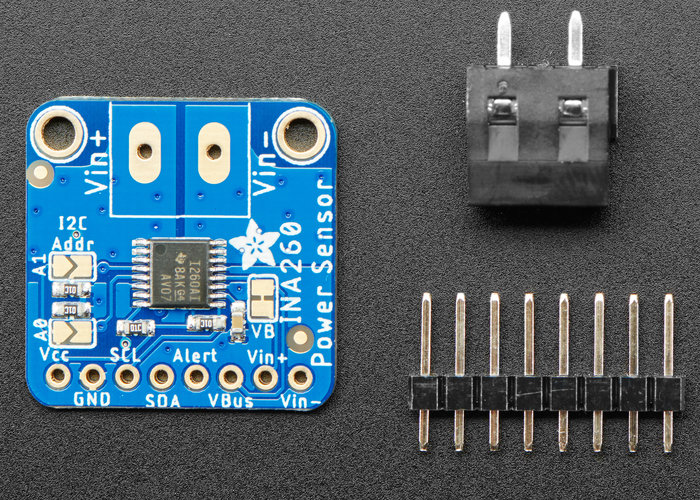 Electronic enthusiasts may be interested to know that Adafruit has announced the arrival and availability of its new Adafruit INA260 high or low side voltage, current, power sensor. Offering a small breakout board capable of current sensing, voltage, current, and temperature ranges with better than 1 percent accuracy, says Adafruit. Supporting any microcontroller that is CircuitPython or Arduino compatible as well as single board computers such as the awesome Raspberry Pi. The current sensor is also compatible with 3V or 5V logic and can measure bus voltages up to +36VDC. Although it is not to be used with AC voltages.

“Most current-measuring devices operate with some notable constraints that limit what they can be used for. Many are low-side only which can cause issues as the ground reference changes with current. Others like its little sister the INA219B avoid this by measuring on the high side but need to change their shunt resistor to measure different current ranges. The INA260 avoids these limitations, and with it’s integrated precision shunt resistor it can be used to measure as much as +36V at up to 15A Continuous on either the high or low side. Wow

The voltage across the integrated 2 milliohm (.002 ohms!), 0.1% shunt resistor is measured by the internal 16 bit ADC, allowing for measurements over the impressive current range with a resolution of 1.5 mA. (The resistance of the resistor is so low that some multimeters will register it as a short!)”

The Adafruit INA260 high or low side voltage, current, power sensor is now available to purchase directly from the online Adafruit store priced at $9.95. Check out the video below to learn more.