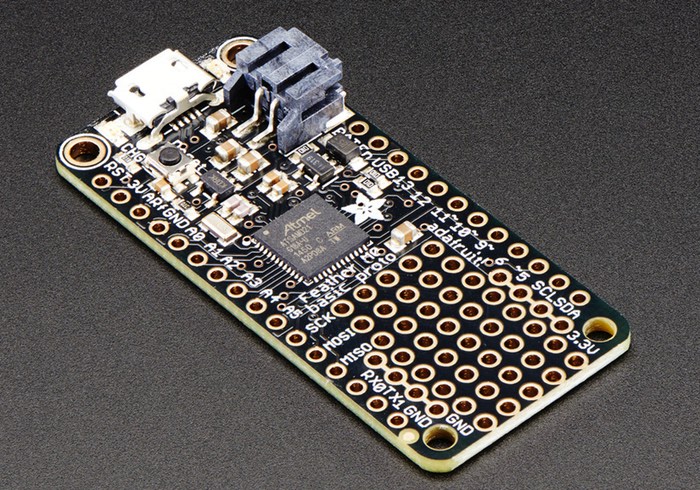 Adafruit has announced a new addition to their range of development boards with the availability of the new Adafruit Feather M0 Basic Proto which measures just 51mm x 23mm x 8mm without headers soldered in place.

The tiny development board is equipped with a ATSAMD21 Cortex M0 supported by 256KB of FLASH + 32KB of RAM and weighs just 4.6 grams.

Feather is the new development board from Adafruit, and like it’s namesake it is thin, light, and lets you fly! We designed Feather to be a new standard for portable microcontroller cores. At the Feather M0’s heart is an ATSAMD21G18 ARM Cortex M0 processor, clocked at 48 MHz and at 3.3V logic, the same one used in the new Arduino Zero. This chip has a whopping 256K of FLASH (8x more than the Atmega328 or 32u4) and 32K of RAM (16x as much)! This chip comes with built in USB so it has USB-to-Serial program & debug capability built in with no need for an FTDI-like chip.

Features of the new Adafruit Feather M0 Basic Proto include :

Jump over to the Adafruit website for more details and to purchase from $19.95