Activisons new racing game Blur which they are hoping to release in May 2010 is going to be the first game to allow non paying Silver Xbox Live members to play in an online multi-player environment. 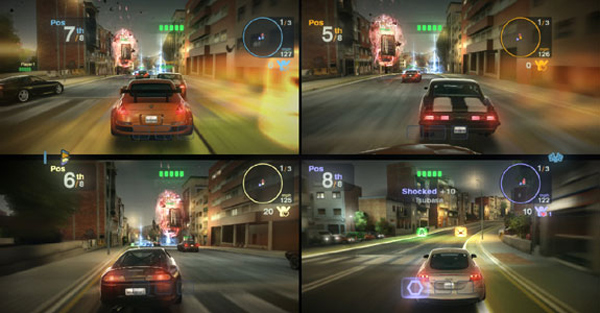 The game is also claiming to be the first game that will allow PS3 and Xbox owners to play against each other. But don’t get to excited just yet as the  function merely posts a time to beat on a course over to your opponent via social networking so you don’t actually race against each other in real time.

However the game does allow four way split screen feature for local multiplayer gaming. Activision is hoping to release  Blur on May 25th in the U.S. — May 28th in the U.K says Paul Murphy from Activison.