This week Acer have unveiled their new Predator G5910 gaming system which can be equipped with a 2nd Generation Intel Core Processor with H67 Chipset. Processor options include either a K series Intel Core i7 or Core i5 CPU which can then be overclocked, using the included the Intel Extreme Tuning Utility (IXTU) to help squeeze every last drop of power from the system and its components.

If you are looking for the ultimate gaming system Acer also has its Acer GD245HQ 3D monitor which would compliment the system nicely and provide you with NVIDIA 3D Vision and a pair of shutter glasses and optional Blu-ray drive. 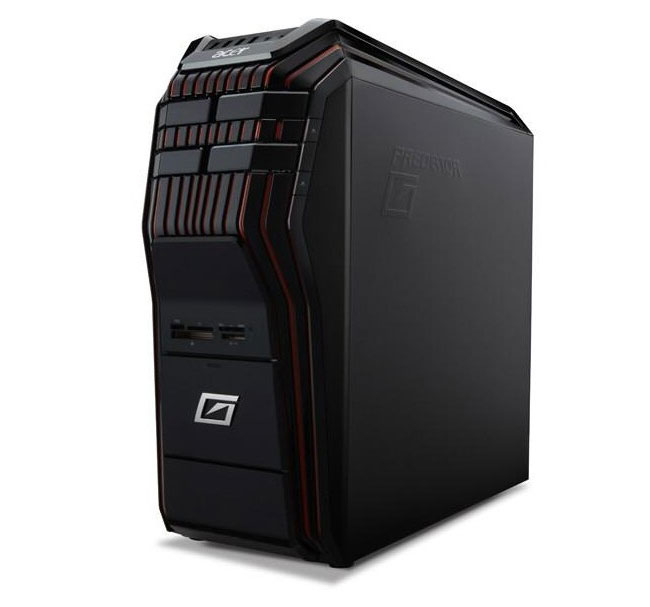 Other options include space for 4 high capacity SATA hard disk drives, each with as much as 2TB of space together with the option to pack this monster gaming rig with up to 16GB of DDR3 memory. The Acer Predator G5910 series will be available mid July with RRP’s from £599 around $970.