Acer announced that they would be releasing a special Olympic Edition of their Iconia Tab A510 tablet for this years Olympic games in London, and the device has now gone on sale in the UK.

The Acer Icona Tab A510 comes with a 10.1 inch touchscreen display with a resolution of 1280 x 800 pixels, processing is provided a quad core NVIDA Tegra 3 processor and it also comes with 1GB of RAM. 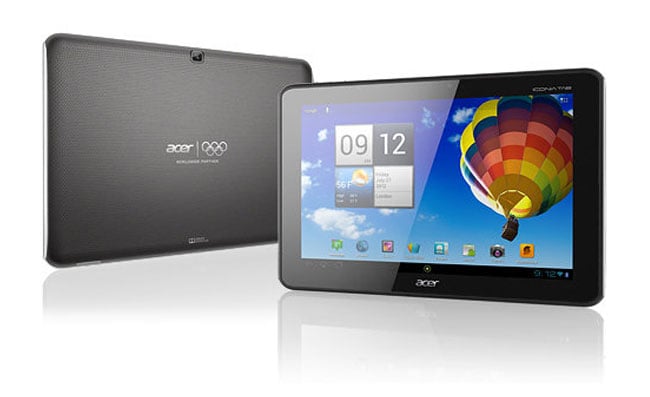 Other specifications on the Acer Iconia Tab A510 Olympic Edition include, Android 4.0 Ice Cream Sandwich, 5.1 surround sound HD, 32GB of storage and a 5 megapixel camera which can record HD video in 720p. The Acer Iconia Tab A510 is now available for £349 with 32GB of built in storage from the Carphone Warehouse.