Following on from their announcement earlier this week to ship their new Acer Iconia Tab A110 running Google’s latest Android 4.1 Jelly Bean operating system. Acer has now announced that their Iconia Tab A110 tablet will be arriving in the autumn in Europe priced at around £180. 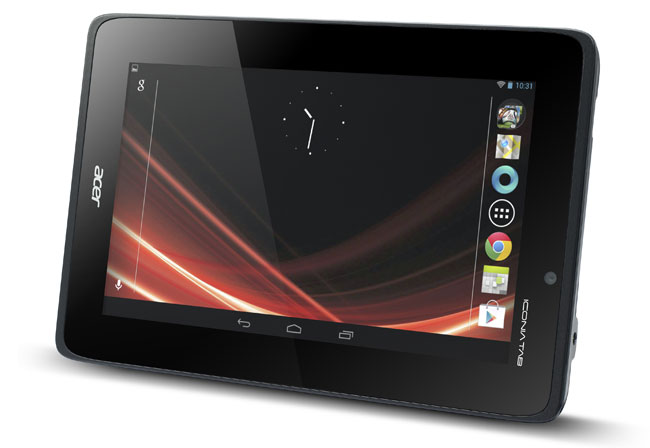 The Acer Iconia Tab A110 Android 4.1 tablet is equipped with a Nvidia Tegra 3 1.2 GHz quad-core processor, supported by 1GB of RAM, and is fitted with a touchscreen sporting a resolution of 1024 x 600 pixels. Other features of the Iconia Tab A110 include a 2 megapixel front-facing camera, 1 x HDMI port and a MicroSD slot that can handle up to 32GB of external storage.

Once shipping of the Acer Iconia Tab A110 starts it will come pre-loaded with Google apps and services, including Gmail, Google Maps, YouTube and access to the Google Play Store.