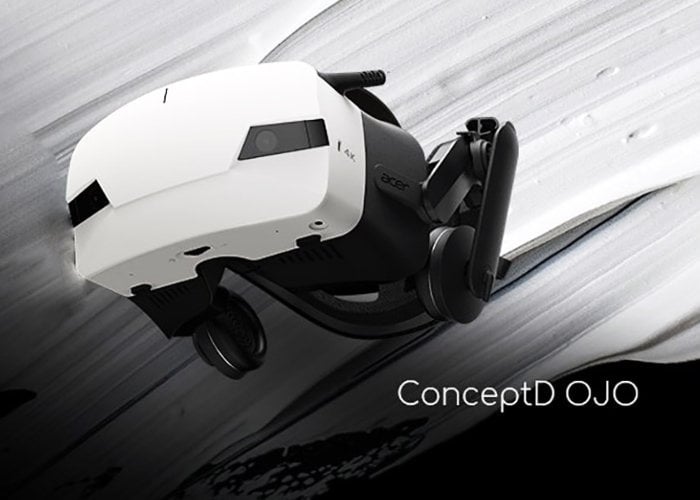 After first being unveiled nearly 12 months, the Acer ConceptD OJO VR headset has been cancelled. Confirmation of the cancellation was sent to the Road to VR website after reaching out to Acer for information about the ConceptD OJO. Acer offered very little in the way of details explaining “We have decided to discontinue the development and production of the ConceptD OJO headset.”

The Acer VR headset was expected to combined two 2,160 × 2,160 displays similar to that of the HP Reverb headset offering 2.25 times the total number of pixels when compared to Acer’s original OJO 500 headset sporting 1,440 × 1,440 resolution per eye. The Acer ConceptD OJO VR headset was expected to be priced under $1,000 offering a higher specifications headset when compared to the original consumer orientated OJO 500 priced at around $400.

For more information about the now cancelled Acer ConceptD OJO headset jump over to the Road to VR website by following the link below.