As well as announcing their new Acer Aspire S3 ultrabook, Acer have also taken the wraps off its new flagship ultrabook in the form of the Acer Aspire S7, which is equipped with a 13.3″ screen and is fitted with an enhanced battery providing all-day computing, together with a new backlit keyboard and 2nd generation Acer TwinAir cooling, producing 20 percent less fan noise than other models. 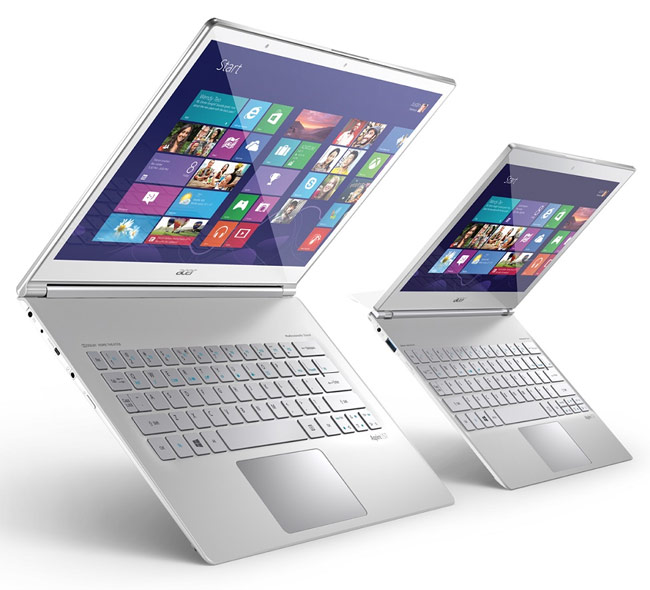 The Acer Aspire S7 ultrabook is powered by a 4th generation Intel processor options and is fitted with a 10-point touch WQHD display offering IPS technology and a resolution of 2,560 x 1,440 pixels, with viewing angles up to 170 degrees, and comes supplied running Microsoft’s latest Windows 8 operating system.

The new battery on the Acer Aspire S7 ultrabook offers 33 percent more power than its predecessor. Jim Wong, Acer Corporate President, explained in todays press release: “We designed the S7 to be the best touch Ultrabook in the world, bar none,”-“We listened carefully to users to find substantial ways to make it even better.”