We heard recently that Acer’s first Windows Phone smartphone which was previously called the Acer W4 and is now called the Acer Allegro would be coming to Europe soon, and now Acer has confirmed that the Allegro will go on sale in France next month.

The Acer Allegro comes with Windows Phone 7.5 Mango and it features a 3.6 inch VGA touchscreen display with a resolution of 800 x 480 pixels, there is also a 5 megapixel camera, plus 8GB of built in storage. 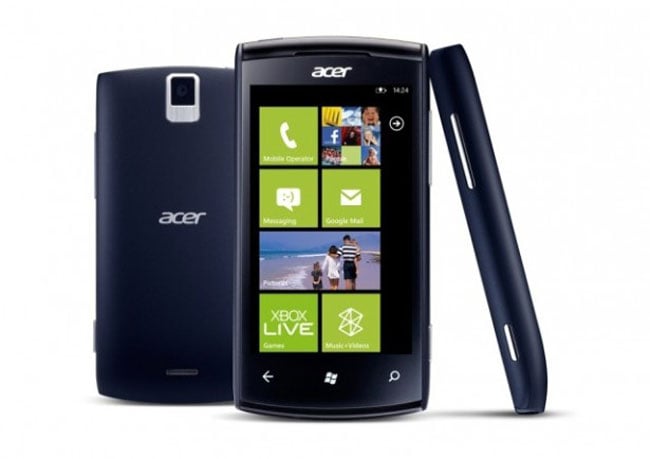 The Acer Allegro also comes with a new feature that wasn’t revealed previously, Fast Charge, which is designed to charge the Allegro’s 1300mAh battery up to 2.5 times faster than standard smartphone chargers.

The Acer Allegro will go on sale in France in the middle of November for 299 Euros SIM free, there are no details as yet on when it will be available in other European countries.