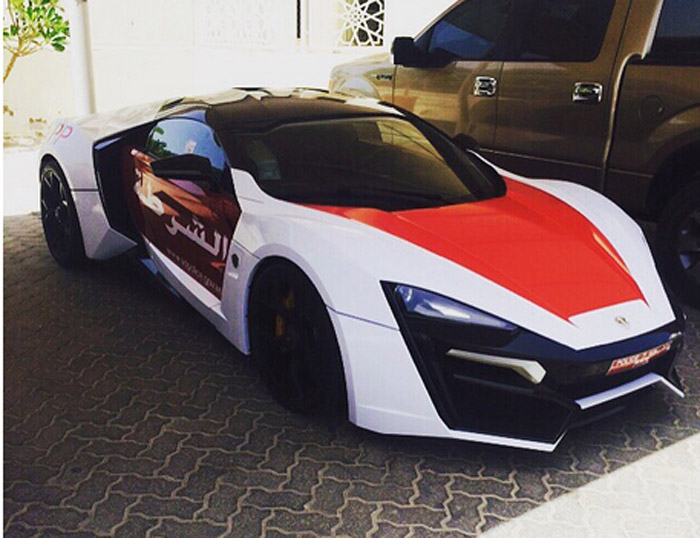 In the Middle East, even the police departments in some of the wealthy cities have massive collections of super cars that are used to patrol the cities. Perhaps the most impressive police car fleet is the one in Dubai that boasts a Lamborghini Aventador and a Ferrari FF among other cars. Dubai’s neighbor Abu Dhabi didn’t want to play second fiddle and has added one of the rarest and most exotic cars in the world to its patrol fleet, the Lykan HyperSport.

The Lykan HyperSport is the first Middle Eastern built supercars and is very rare with only seven in existence. The car has a 3.7L twin turbo V6 engine that produces 740hp. The maker claims that the car can hit 62 mph from a standstill in 2.8 seconds.

The rare car also happens to be one of the most expensive rides in the world with a price tag of $3.4 million per unit. If the car looks familiar to you, it was featured in the latest Fast and Furious flick. This is the car that jumped between high-rise towers in the film. Check out the video to see the car fitted out with graphics and a light bar.