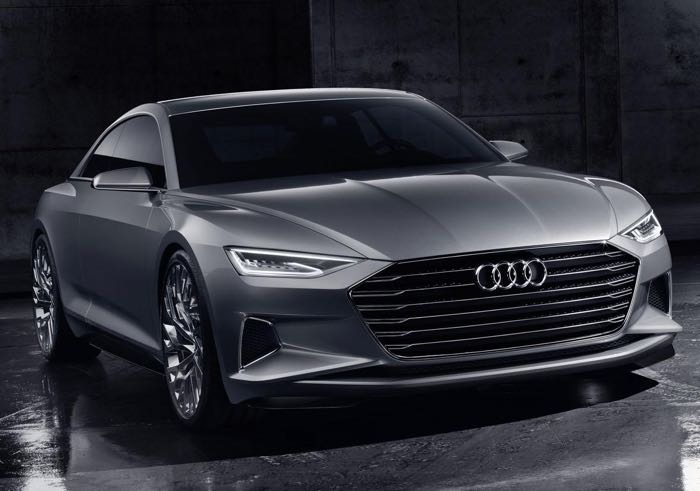 At the LA Auto Show last week, Audi took the wraps of their new concept car, the vehicle was previously rumored to be called the Audi A9, but it was made official as the Audi Prologue.

When the Audi Prologue was announced we saw some photos of this new concept car, and now we have a video which gives us a look at the interior as well as the exterior.

The Audi Prologue is packed with technology, and it features an instrument panel made with a new type of LEDs, it also comes with a 4.0 litre TFSI engine.

As yet Audi has not announced any plans to launch their new Audi Prologue, at the moment the car is a showcase for the company’s latest technology, and also a benchmark for their future vehicles, it certainly looks impressive from the video.