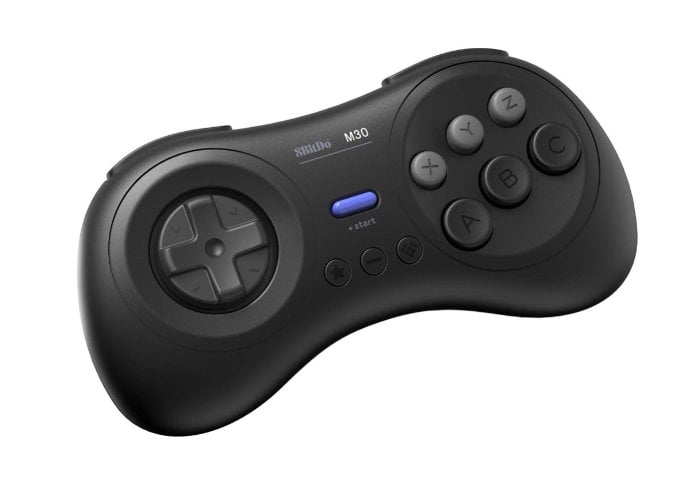 8BitDo has announced the availability of a new wireless controller in the form of the 8BitDo M30 which is now available to preorder priced at $30 and will start shipping on February 28th, 2019. The new wireless Bluetoothcontroller has been inspired by the Sega Genesis and Mega Drive gaming consoles.

The M30 wireless controllers compatible with a wide variety of platforms including Android, PC, Nintendo Switch and macOS and is powered by an integrated rechargeable battery. The M30 is designed to play all of SEGA’s classics, but 8BitDo has also added modern features such as turbo functionality mapping and USB-C.

“8Bitdo controllers are designed to be as versatile as possible with each of your modern devices. Easily pair your controller as an X-input or D-input device via bluetooth. You can even use it as a wired USB controller with the included USB cable. We’re regularly updating the firmware with new system compatibility like Switch, Raspberry Pi, and more.”

For more information and full specifications on the new 8BitDo M30 wireless controller to view all the other controllers and products by the company, jump over to the official 8BitDo website by following the link below.