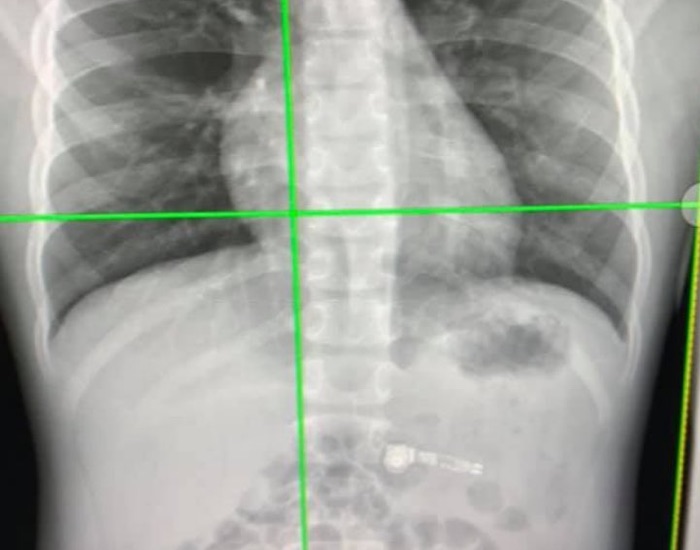 Apple’s AirPods were probably a popular gift over the holidays, unfortunately a seven year old kid accidentally swallowed one, as can be seen in the photo above.

His mother Kiara Stroud had to take him to the emergency room and the X-Ray revealed that he did in fact swallow one of the AirPods.

Luckily doctors have said that it should pas through his system naturally and we will not have to have an operation to get it out.

A 7 y/o boy got some AirPods for Christmas & a couple days later – he accidentally swallowed one! It’s still in his stomach now bc doctors said it’s best to let it come out on its own. You’ll only see this family’s exclusive story on Ch2 Action News. Tune in at 4 & 5pm pic.twitter.com/5n0FR6Kwoz

This is a slightly unfortunate accident and it might not be a good idea to give AirPods to younger children as things like this can happen.