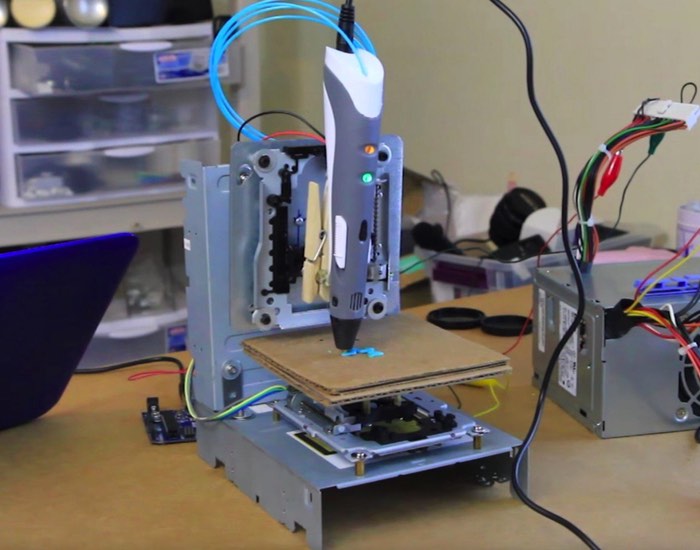 YouTuber Tinkernut has created a desktop 3D printer using a 3D printing pen and a little skilful tinkering for the affordable price of just $65. Check out the video below to see just how Tinkernut was able to create a fully functional 3D printer on the cheap.

Using a little Arduino programming and an Arduino Uno development board, Tinkernut has also built a 3D printer controller that allows you to use the systems and controls that were already integrated into the 3D printing pen.

3D printers are becoming very popular amongst hobbyists and makers, but they are very expensive to own. Want to make your own 3D printer without having to shell out hundreds of dollars for it? This guide will show you how to build your own for less than $100!

For full instructions on how to create your very own desktop 3D printer for $65 jump over to the official Tinkernut website for more details.