To advertise the launch of its Windows Phone handsets today Microsoft has built a 6 storey high Windows Phone in New York’s Herald Square. After the jump watch a Time-lapse video of the construction.

Microsoft will be showcasing four new handsets today in its launch event which are expected to be the HTC Titan, Samsung Focus S, Samsung Focus Flash and HTC Radar 4G. 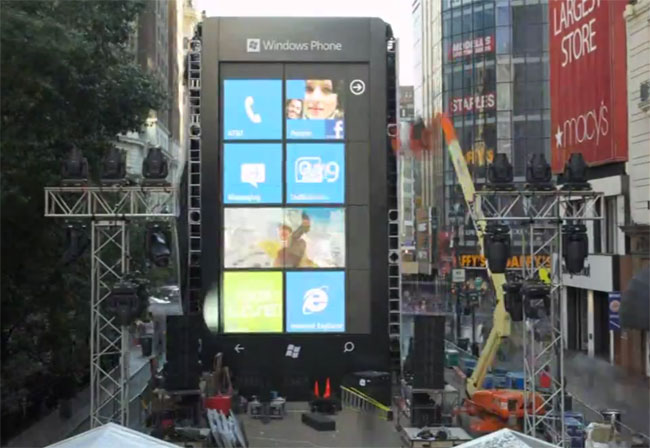 The media event which Microsoft is holding this afternoon is expected to include the already mentioned new Windows Phone smartphones together with the launch of a number of value-added services and third-party applications.