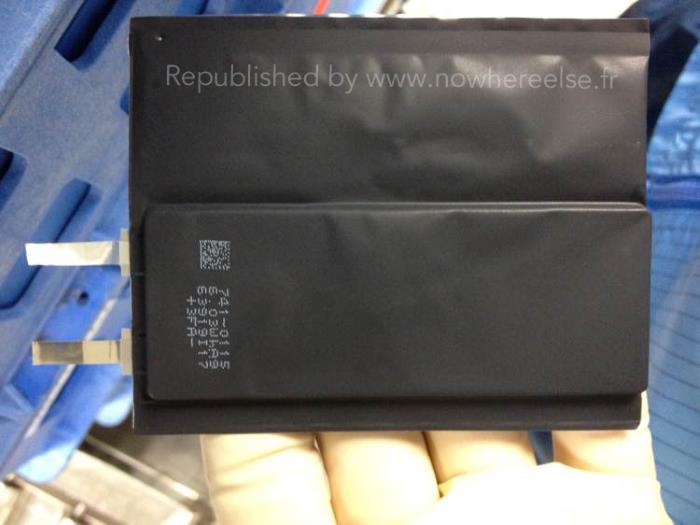 Not too long ago, the folks at NoWhereElse posted some images of the alleged iPhone 6 battery for the 4.7-inch model, but now, they are back with some more.

Recently, the same folks posted some images of the battery of the alleged 5.5-inch iPhone 6 model. Unfortunately, the leaked images didn’t reveal any details about the battery capacity.

The images also show a mysterious foldable area, but there’s now word on how Apple plans to use it or from where the company managed to get their hands on the battery. They did point out a number printed on the battery, 741-0115, which was also found on the battery of the iPhone 5S.

Apple iPhone 6 is said to come with a larger display with an A8 processor, Touch ID sensor, a better camera and iOS 8 as its operating system.

We’ll update you as soon as any other information about the alleged iPhone 6 pops up.