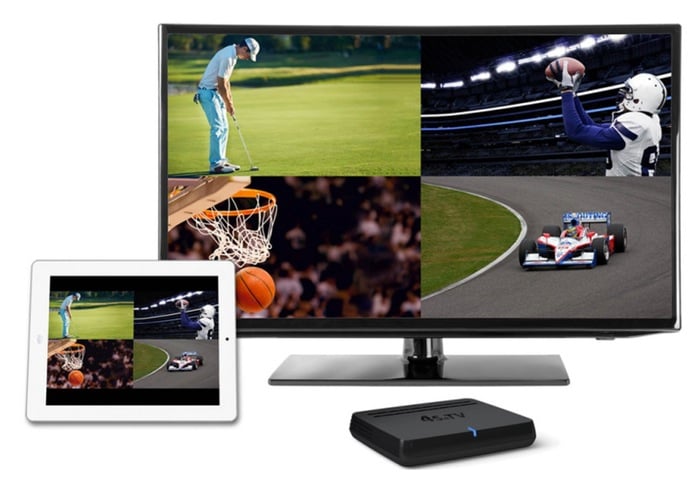 Some of our readers might remember the very unique 4SeTV Set-top Box that was unveiled during the second half of last year and was capable of allowing users to view four TV channels at the same time on their tablet, smartphone or large screen TV.

As expected the 4SeTV Set-top Box has now launched over on the Kickstarter website with the aim of raising $50,000 to take the concept into manufacture.

Only after the few days since launch the project has over 150 backers and is close to passing its $50k pledge goal with still 52 days remaining on its campaign. The team behind the unique set-top box explain a little more :

“With so many quality shows on TV these days, and never enough time to watch them all, 4SeTV lets you customize your TV experience – while maximizing the space on your big screen TV. With 4SeTV, sports fans get a four-in-one-screen viewing solution that cannot be found with pay-TV options. It’s the first-ever device that lets you select and watch four channels on the same screen. Using an iOS or Android mobile device, users can select any four channels with a simple touch interface on the 4SeTV App.

Never miss another play. No more flipping through channels trying to watch more than one game at a time – only to land on a channel just in time to see the crowd cheering wildly or that a game has ended. With 4SeTV, you can freely switch channels during a timeout or instant replay, and be confident that you can switch back to the original game, right on time, every time. It puts you in control – letting you monitor four shows on your mobile device, while you choose which one is shown on the big screen.”

The 4SeTV Set-top Box Is now available to back over on the Kickstarter website with pledges starting from just $99 for early backers via the link below.