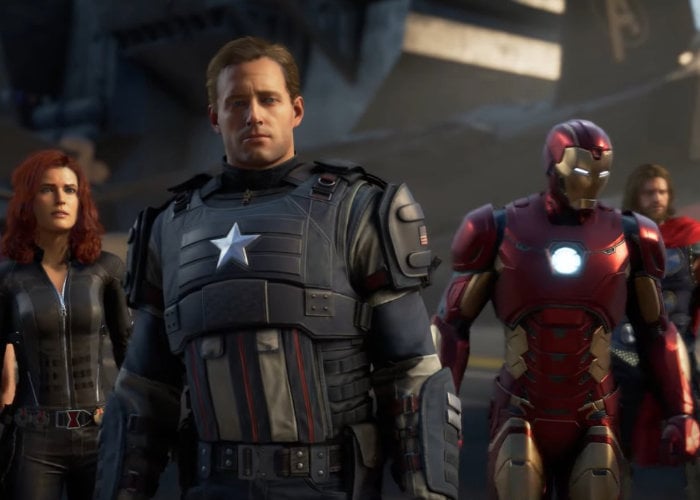 If you are interested in learning more about the new Marvel’s Avengers game currently under development, you will be pleased to know that the team over at Digital Foundry have been able to get hands-on time during the recent Gamescom 2019 event. Check out the video below to learn more about what you can expect from the game on both PC and PlayStation 4.

The Marvel’s Avengers game will be launching on May 15th, 2020 and will be available to play on the Google Stadia
Microsoft Windows, PlayStation 4 and Xbox One.

“The story begins on A-Day, where the Avengers are celebrating the unveiling of a second headquarters in San Francisco — including the reveal of their own helicarrier powered by a Terrigen crystal. The ceremony soon goes awry when a catastrophic incident results in most of the city being destroyed and the apparent death of Captain America. Blamed for the tragedy, the Avengers disband. Five years later, the rebuilt city is now under the control of A.I.M. and superheroes are outlawed. But with the world in peril once more, the only hope is to reassemble the Earth’s Mightiest Heroes, avenge Captain America’s death, and uncover the true culprit behind A-Day.”

“Not much in the way of video has been released, but John and Alex have both had access to the PC and PS4 Pro versions of Marvel’s Avengers… and they’re impressed! Get the full lowdown on the Gamescom 2019 demo here.”