If you are interested in taking real life objects into digital form but can’t afford the price of the recently launched MakerBot Digitizer which is priced at $1,400.

You might be interested in a 3D digitiser in the form of the 3D Systems Sense Scanner which is priced at a much more affordable $400. 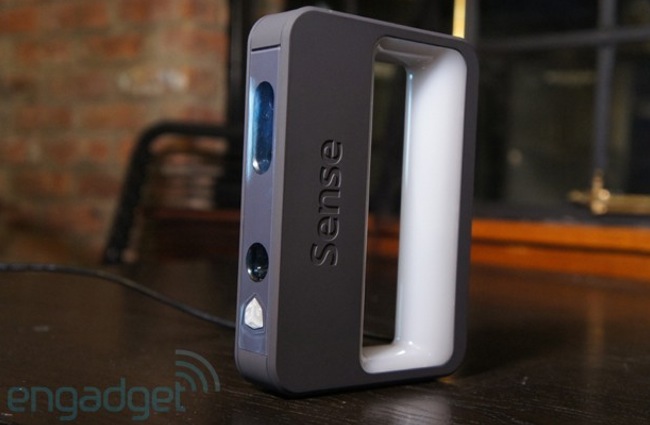 The 3D System Sense Scanner is capable of scanning objects up to 10 x 10ft, which can then be used to create 3D printed objects using a 3D printer. The new 3D Systems Sense Scanner is still currently in development and requires a connection to a Windows device to carry out the scans at the present time. However its expected that a future generation of the scanners will be a fully independent and portable device. Engadget explains:

“The software, of course, is the other big component, and the company has clearly gone out of its way to make things as user-friendly as possible. It kicks things off by asking you whether you’ll be scanning a small, medium or large object. You hit start and then you begin scanning.”

The new 3D Systems Sense Scanner has been created for the main stream market and is expected to be made available before the holiday season this year for around $400.

For a full run through of its specifications and features jump over to the Engadget website and Brian Heater’s article explaining a hands on view of the new device.
Source: Engadget