Before the doors open to the public at CES this week, 3M has been demonstrating its new 46 inch Touch Systems Projected Capacitive Display, which has been setup as a table top multimedia prototype. 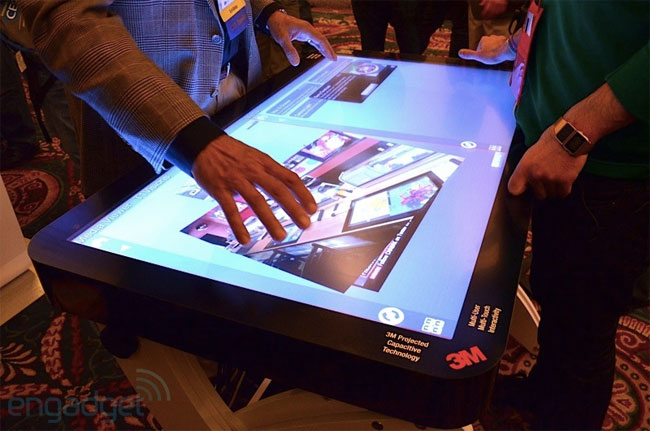 Engadget were able to get their hands on the system and put it through its paces for a short time:

“3M Touch Systems has a host of other, smaller-sized models in its touch arsenal, but the 1080p resolution on its 46-inch prototype is indeed the most impressive. Initially split up into four distinct screens, a toggle allows users to swap between dual-screen mode for convenient multi-tasking and a single screen for uninterrupted viewing of applications and content. There’s also the ability to press an onscreen button and rotate an isolated screen.”