This month Futuremark has launched a new 3DMark Android app, to help it create a benchmark system that allows users to perform comparisons across multiple platforms including computers, smartphones and tablets.

The 3DMark Android app joins the already available Futuremark 3DMark applications for Windows 7, and Windows 8, with plans to release iOS and Windows RT versions in development. 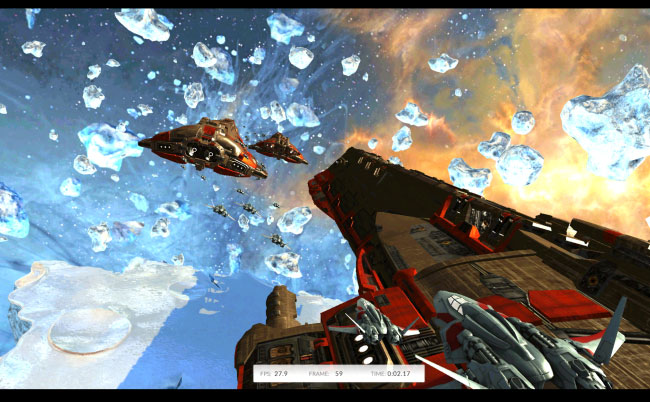 Eric Franklin has already been able to put the new 3DMark Android app through its paces and explains:

“3DMark’s mobile platform test is called Ice Storm and depicts a sci-fi spaceship battle over an ice planet. The 3DMark score is derived from the results of three different tests: two graphics tests made to stress the system’s GPU and one physics test focusing on CPU performance. The tests can be run at both 1,280×720 resolution or at 1,920×1,080. The images are then scaled to the device’s native resolution.”

For more information on the new 3DMark Android app and for a full run through of it features and possibilities jump over to the Andatech website for a review and Futuremark’s website for fully specifications and to download.