3D printing offers a new and very unique manufacturing opportunity which is already being embraced by the fashion industry, who have used the technology to already create a number of intricate designs for footwear and clothing.

Now Joshua Harker has used 3D printing technology to create his Quixotic Divinity Headdress which is pictured below and could be easily manufacturer using 3D printing. Creating shape and detail that would not be possible to make by hand or would take huge resources and time. Watch the video after the jump to see the Quixotic Divinity Headdress being worn and also a 3D movable image of the design which you can use to explore its form in more detail. 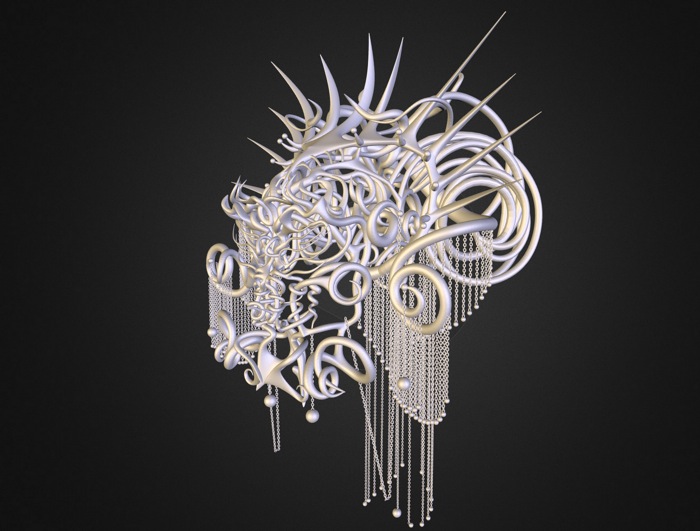 “Exploring the limits of the 3d printed medium & inspired by traditional Native American, Latin, African, & Asian headdresses & masks, this piece celebrates the symbolism & ceremony of human adornment. Revealing the wearer’s identity, the face mask hangs in position as a floating bodice symbolizing the freedom of the spirit from the body.

The piece has nearly 200 hours of design time & was built by EOS on their largest format SLS printer in polyamide, filling its build envelope to full dimensional capacity. Catwalk premier was in London then to Paris at the Louvre. Debuting in the United States at 3D Printshow New York City at the Metropolitan Pavilion, February 13-15 2014.” 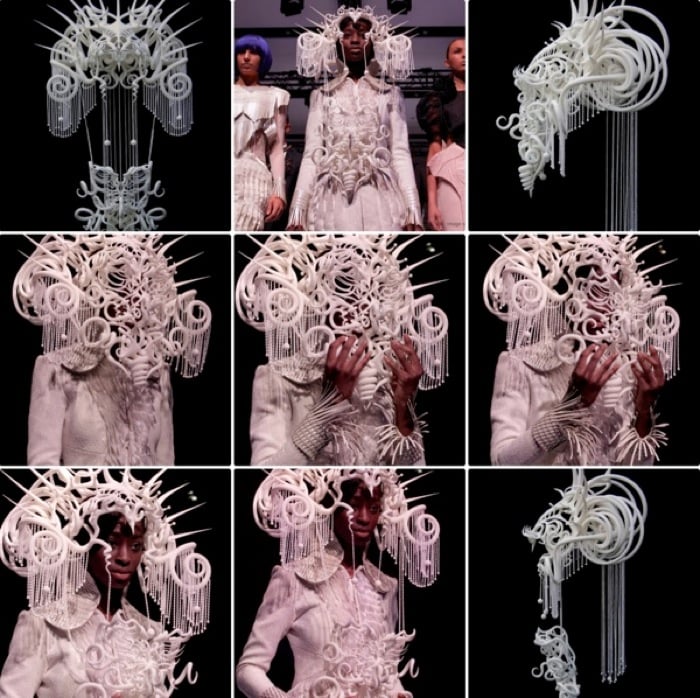