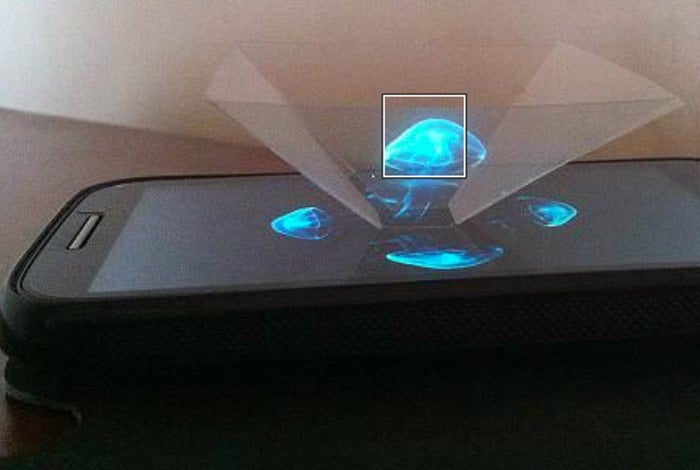 Gianluca Pugliese has unveiled a new 3D printed creation he has designed that is capable of transforming your smartphone in to a 3D hologram viewer.

The 3D printed object takes the form of a pyramid and is positioned in an inverted position in the centre of your smartphone screen allowing the 3D hologram to be seen floating in mid air.

Watch the video below the to see the 3D printed 3D hologram viewer in action using the 2D video to create the holographic images. The pyramid was painted using SmoothOn XTC-30 filament to make it really transparent. Pugliese explains a little more and whyhe made the 3D transparent pyramid.

Now, it is time to change and I decided to document all my new things. – So, during the last weeks I worked with lot on materials and especially on how to make a 3D printed object really transparent. This is because I saw on instructables a project based on a simple plastic pyramid used in order to see a hologram created by a smartphone and I decided to make it 3D printable!

The 3D hologram pyramid is now available over on the Thingyverse website together with a link to the file to view once you have printed it.