Its been developed by NICT the National Institute of Information and Communication Technology and is able to create a 3D representation including sound source orientation and motion by emitting acoustic signal from 62 independently driven channels. 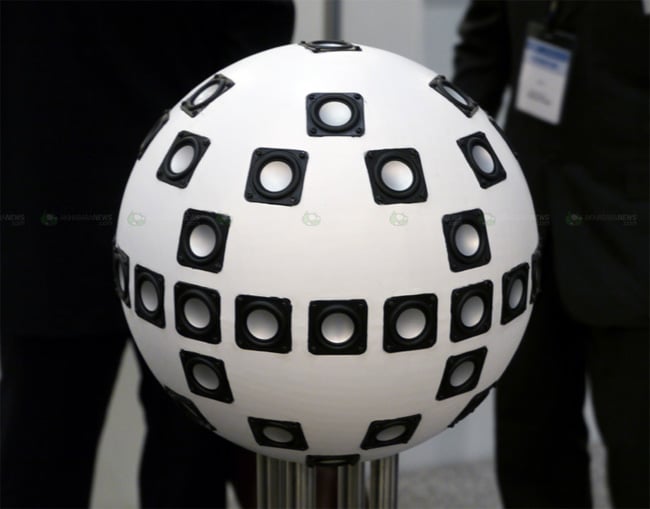 Equipped with a massive 62 channels, the sound created is designed to replicate of the original audio, allowing you to genuinely feel that the singer is right there in the room with you.

The Death Star sound system is being shown off at CEATEC this week but its very unlikely that the system will ever make it into production.