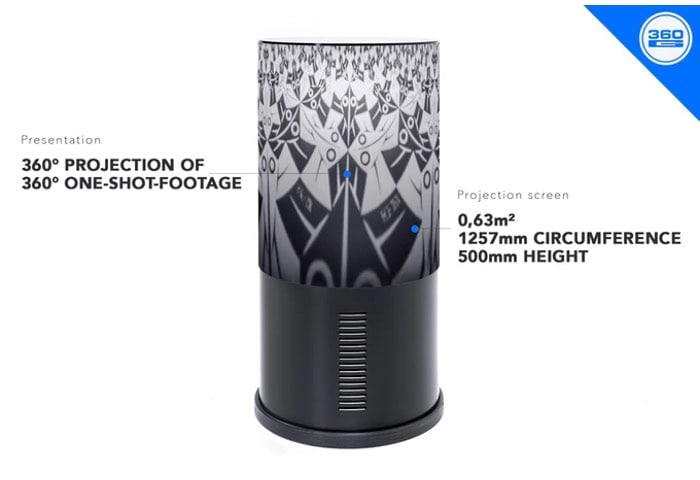 360-G have taken to Kickstarter this week to raise the €85,000 they require to take the world’s first 360 degree projector into production. Providing users with large panoramic images and videos which are presented in a seamless round view directly from the new 360Mini projector.

The 360Mini is being marketed as the World´s very first 360 Degree Projector, that has been designed to allow you to enjoy panoramic images and videos, choke out the video below to learn more about the new technology from its creators.

Its developers explain more about the 360 degree projectors features.

With its easy-to-use operations, anyone who can push a button, can deploy and operate the 360Mini. Simply insert a memory card and switch on the device. A built-in media PC can store photos and videos. You can play the content directly from the media PC or from an external USB-Stick / SD-card.

The 360Mini can be accessed via Wi-Fi, to edit and upload data. By use of a cellphone or tablet, people can navigate through the uploaded content or control the 360Mini. With the small, three feet high projector people can now watch 360 degree images and videos the same way they were shot: as a seamless 360° panorama.

For more information on the new 360Mini jump over to the Kickstarter website for details and to be able to make a pledge from €360.