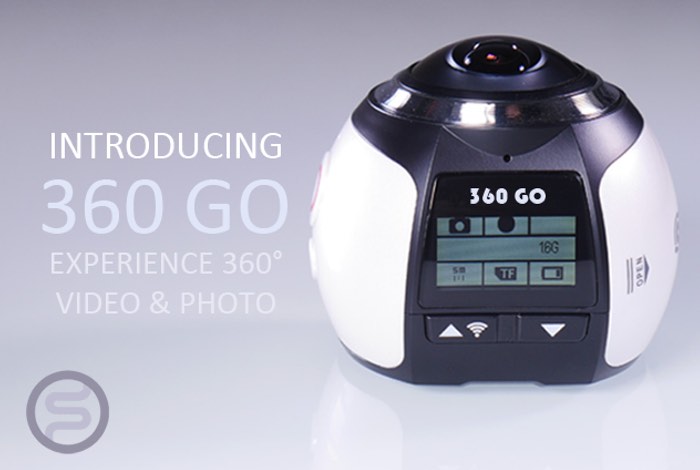 A new 4K action camera has been created which has been equipped with a 360° lens and has been aptly named the 360 GO. Created by StepOn Technology the new action camera is notified Kickstarter this week to raise the $30,000 it requires to make the jump into production.

Watch the demonstration video below to learn more about this affordable high quality 4K action camera, which is equipped with HDMI, micro USB and wireless connectivity and is capable of capturing both video and photographs.

360 GO supports up to 128 GB MicroSD Card, with build-in 2 GB ddr3 SD Ram, it give perfect performance while you are using it. We upgrade it the motherboard which you can’t get from market. 360 GO also supports Loop Video Recording, Time-Lapse Video Recording, Slow Motion Recording and applicable in Driving Mode.

For more information on the new 360 GO scation camera jump over to the Kickstarter website for details by following the link below.