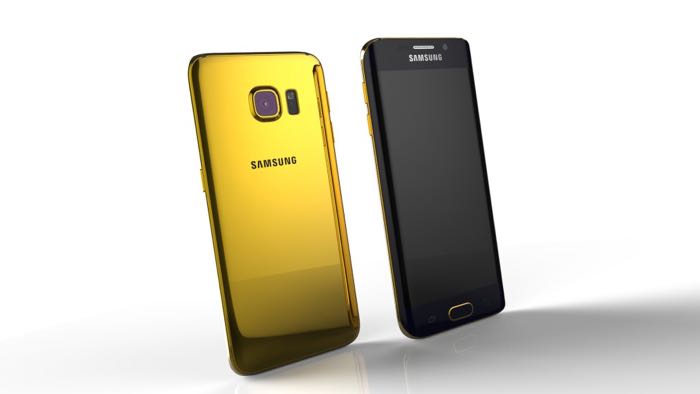 We have seen a number of smartphones that have been given the gold treatment by Gold Genie and now the company has announced 24k versions of the Samsung Galaxy S6 and S6 Edge.

Gold Genie will be launching a 24k gold Samsung Galaxy S6 and a Galaxy S6 Edge and the handsets will come in gold, rose gold and also a platinum version.

Samsung will be releasing their latest Galaxy S6 and S6 models in a few weeks on April 10th and we’re anticipating high demand for our luxury customised versions in 24k Gold, Rose Gold and Platinum.  Therefore we are offering Android fans a pre-ordering service from Friday 20th March to ensure that they are one of the first to receive the new innovative S6 in their favourite finish.

These new 24k gold and platinum versions of the Galaxy S6 and Galaxy S6 Edge will go on sale on Friday the 20th of March and prices for the handsets will start at £1,664, you can find out more details at the link below.