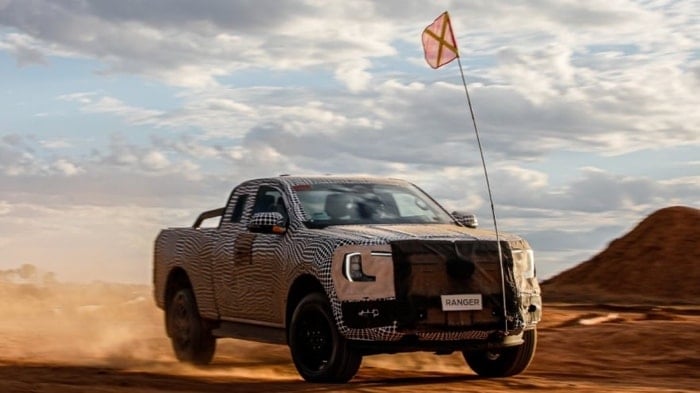 Ford has released a teaser photo and video of their new 2022 Ford Ranger ahead of its official launch, the car will we unveiled this year and will be available to buy in 2022.

We get to have a look at the new Ranger in the video below, the car is expected to be popular in the UK as the current model is very popular. This new model look interesting from the video.

Today we release the first official glimpse of the #NextGenRanger, which will be revealed later this year and launched in 2022.

Embracing superior off-road credentials and Ford’s dynamic driving DNA, the toughest, most capable and connected Ranger pick-up yet has been developed by Ford with the customer front of mind.

At its core, the next-generation Ranger will be the ideal pick-up partner for work, family and play.

We are pleased to present the highly capable next-gen Ranger in its natural habitat.

You can find out more information about the new 2022 Ford Ranger over at Ford’s website at the link below. As yet there are no details exactly when Ford will make their next generation pick up truck official, as soon as we get some more details we will let you know.