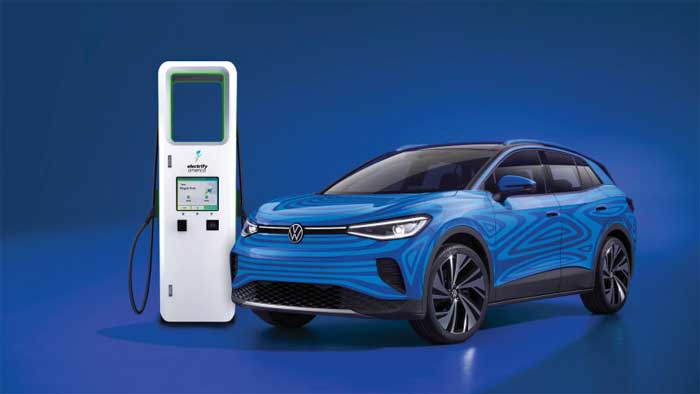 Volkswagen has a new electric vehicle coming called the ID.4 that will land as a 2021 model. VW has announced that buyers of the vehicle will get free charging at the Electrified America DC fast charging station for three years after purchase. While electricity is cheaper than gasoline, the standard fee for charging at the network’s DC fast-charging stations is $0.43 per kilowatt-hour.

Currently, Electrified America has 443 charging stations in the United States. Electrified America is a subsidiary of Volkswagen Group and was created as part of the settlement from the diesel emissions cheating scandal VW is still trying to dig its way out of.

The ID.4 is the first of VW’s new electric vehicles to be sold in the US. Volkswagen does produce the ID.3 for Europe, but that car isn’t offered in the States. For now, the battery capacity and driving range for the ID.4 are a mystery. Volkswagen has said the car would drive as far as 310 miles per charge on the European WLTP cycle in the past. Driving ranges in the US are typically lower then the European estimates.