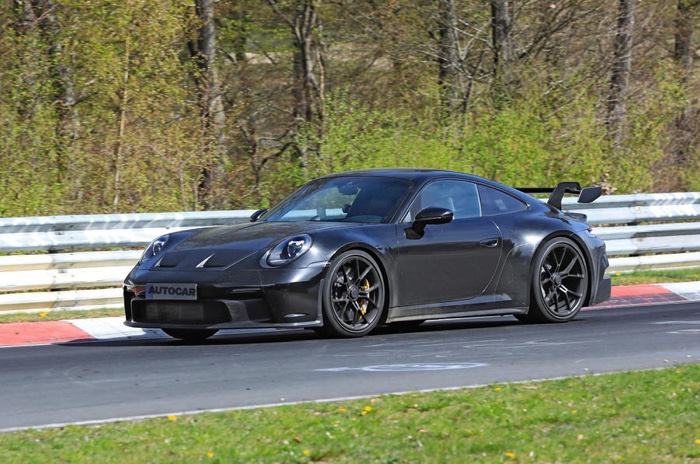 Autocar has obtained a video of the 20201 992 generation Porsche 911 GT3 being tested out at the Nürburgring, the car has a number of upgrades over the standard 911.

The new 911 GT3 is expected to be powered by a 4.0 litre flat six engine, this will be the same engine that is used in the 911 Speedster.

As soon as we get some more information about the new 2021 911 GT3 including some performance figures, we will let you guys know.