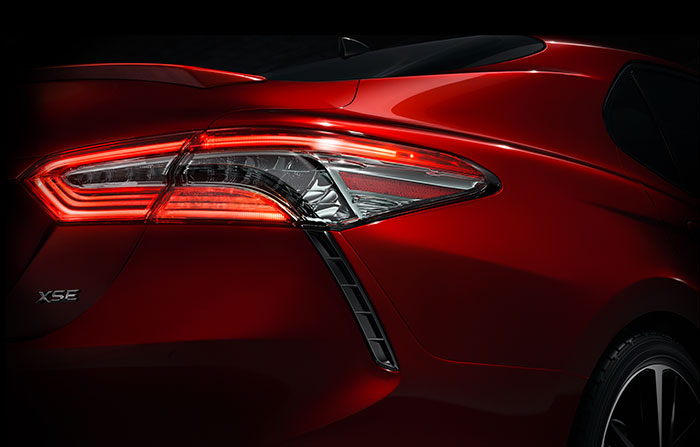 I can say in all seriousness that the Camry is one boring car. Toyota sells hoards of them, but they just don’t look that good to my eyes and I am not alone. It’s the car your mom or grandmother drives. Toyota is making an all-new Camry for 2018 and has offered up a signal teaser image of the car.

The shot shows the passenger side bumper and not much else. What we can tell from the image is that it actually looks pretty good. Take that with a grain of salt though because this is the company that builds the Prius, which is one of the kookiest, and ugliest cars on the road.

I continue to hope that one day EV and hybrid designers will realize it’s ok to put the tech inside a normal looking car. The official debut of the new Camry will come at the North American International Auto Show and I wouldn’t be surprised of some more teaser shots come before that official unveil.