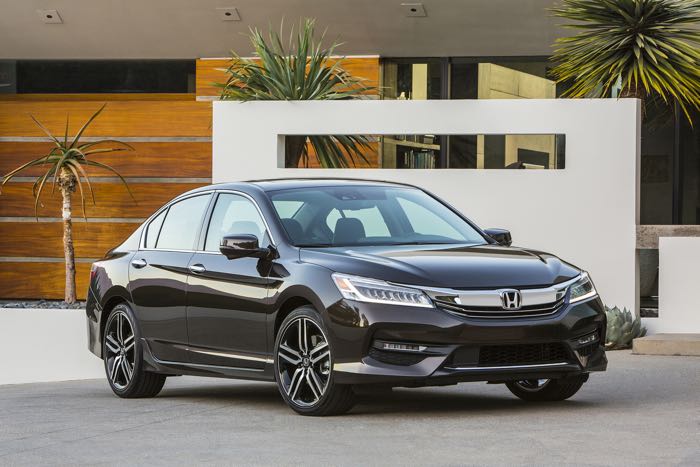 Honda has announced their 2016 Honda Accord and the car comes with support for Apple’s Car Play and Google’s Android Auto.

The new 2016 Honda Accord comes with a 7 inch touchscreen display for Android Auto and Apple CarPlay. 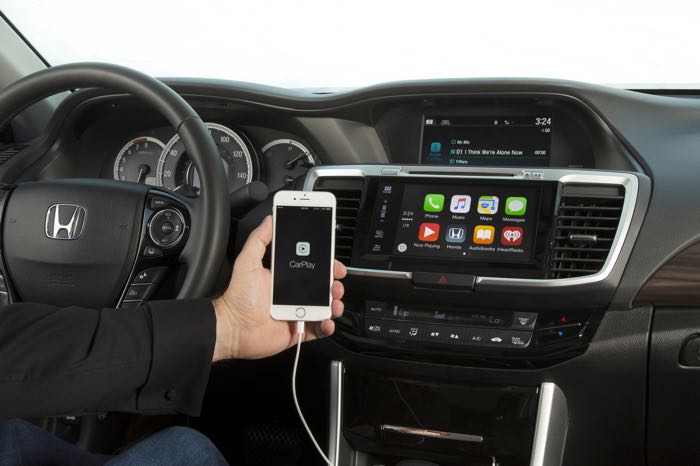 Honda introduced a refreshed 2016 Accord loaded with advanced technology in Silicon Valley today, the first time the company has launched a new vehicle in the U.S. tech hub. Coming to market in August, the 2016 Accord will be the first Honda model and among the first high-volume cars in the marketplace to feature both Apple CarPlay® and Android Auto™. These and other major upgrades to technology and features make it the most high-tech Accord ever.

The 2016 Accord Sedan and Coupe receive dynamic new styling, a new Display Audio touchscreen interface, and Honda Sensing™, the most comprehensive suite of safety and driver-assistive technologies in the midsize car class. The 2016 Accord also adds HD Radio®, heated rear seats, front and rear parking sensors, and a number of other new features and technology to be revealed in coming weeks. Details on the Accord Hybrid will be announced at a later date.

As well as supporting Google’s and Apple’s in car systems, the new Honda Accord comes with a range of styling changes over the previous model.