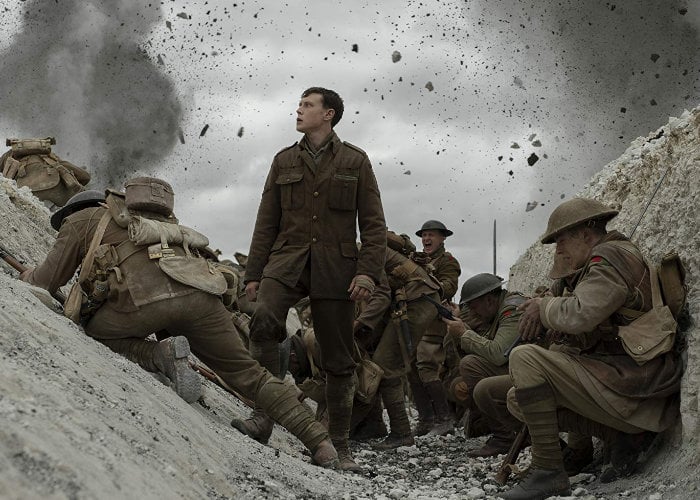 A new featurette trailer has been released for the upcoming 1917 war movie starring Andrew Scott, Richard Madden, Benedict Cumberbatch. Two young British soldiers during the First World War are given an impossible mission, to deliver a message deep in enemy territory stopping their own soldiers, and Blake’s own brother, from walking straight into a deadly trap.

The movie is directed by Sam Mendes and co-written by Mendes and Krysty Wilson-Cairns and was was filmed with long takes and “elaborately choreographed moving camera shots” to give the effect of one continuous take. The 1917 war movie Will premier in theatre screens worldwide on December 25th, 2019.

“At the height of the First World War, two young British soldiers, Schofield (Captain Fantastic’s George MacKay) and Blake (Game of Thrones’ Dean-Charles Chapman) are given a seemingly impossible mission. In a race against time, they must cross enemy territory and deliver a message that will stop a deadly attack on hundreds of soldiers—Blake’s own brother among them. 1917 is directed by Sam Mendes, who wrote the screenplay with Krysty Wilson-Cairns (Showtime’s Penny Dreadful).”