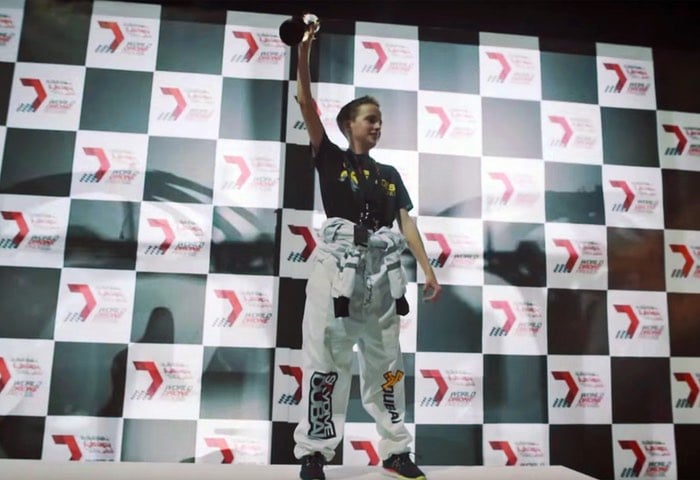 15-year-old British teenager Luke Bannister has just won the first ever World Drone Prix and walked away with a cheque for $250,000 from a prize pool of $1 million.

The recent Drone Prix contest held in Dubai was the biggest drone racing event held to date with150 teams taking part in the competition fighting for a slice of the $1 million prize pool.

Check out the video below to learn more about this year’s World Drone Prix and see the final race which was won by Bannister while driving the drone from a first person view thanks to an on-board camera. Luke Bannister’s team, Tornado X-Blades Banni-UK were racing against the Dubai Dronetek for first and second place.

The World Drone Prix is the biggest race of its kind, bringing together the best pilots of the world to go head-to-head and push the drone industry to innovate and improve. The World Drone Prix will have a total prize of $1 million, making it the largest such event in the world.

For more information on the new World Drone Prix jump over to the YouTube website for details and more videos.