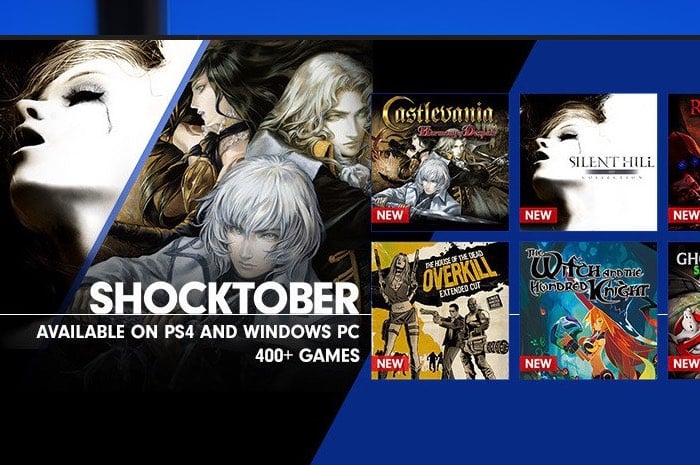 Brian Dunn Senior Marketing Manager on the PS Now team has taken to the official PlayStation blog today to announce that 13 new games are now available on the PlayStation Now service.

Check out the video below to see what you can expect to enjoy during October and during the run-up to Halloween 2016 via the PlayStation Now subscription service which is available for all PlayStation hardware.

We’ve got a great line-up of thirteen freshly-added games this month including Castlevania Harmony of Despair, Silent Hill HD Collection, Resident Evil: Operation Raccoon City, The Darkness, and The House of the Dead Overkill (Extended Cut), along with our existing catalog of blood-curdling survival horror classics and edge-of-your-seat action titles like Resident Evil 4, Infamous Festival of Blood, Dead Island, and The Walking Dead: The Complete First Season.

If serious frights aren’t quite your cup of tea, you can still get your Shocktober on with newly-added games like The Witch and the Hundred Knight or Ghostbusters Sanctum of Slime, or games from the existing PS Now catalog of 400+games like Costume Quest 2, Darkstalkers Resurrection, and Earth Defense Force 2025.