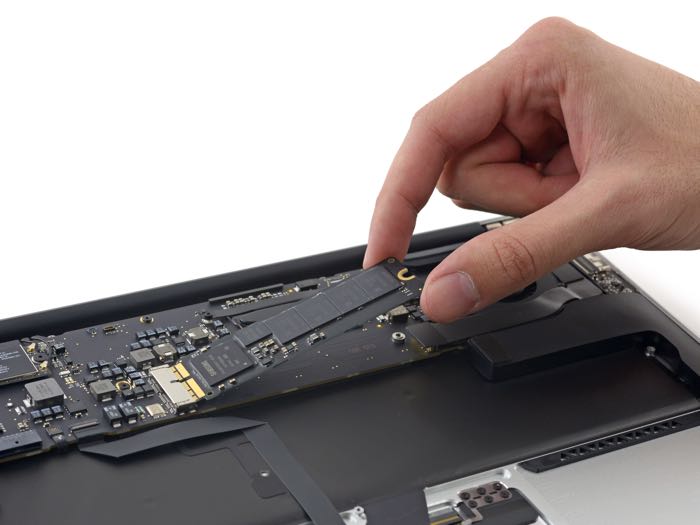 Yesterday we saw a teardown of the new 13 inch and 11 inch MacBook Airs that Apple announced on Monday and now it looks like the 13 inch model has a faster Solid State Drive than the 11 inch model.

According to iFixit the SSD used in the new 13 inch version of Apple’s MacBook Air is twice as fast as the model used in the 11 inch notebook.

The 13 inch model apparently uses a Samsung SSD and Samsung controller where as the 11 inch model uses a SanDisk SSD and Marvel Controller.

When Apple announced the new MacBook Airs at their Spring Forward press event earlier in the week, there was not mention that the Solid State Drives in the new 13 inch MacBook Air had been updated.