If you enjoy walking or Camping you might be interested in a new device which has been created to help keep your devices charged at while you are away from the grid, in the form of the new PowerPot X charger.

The PowerPot X charger is the invention of David Toledo who has created it to provide 10 Watts of power to make sure your devices are fully charged and ready to use whenever you are away from civilisation. Watch the video after the jump to learn more about the PowerPot X charger project and see it in action. 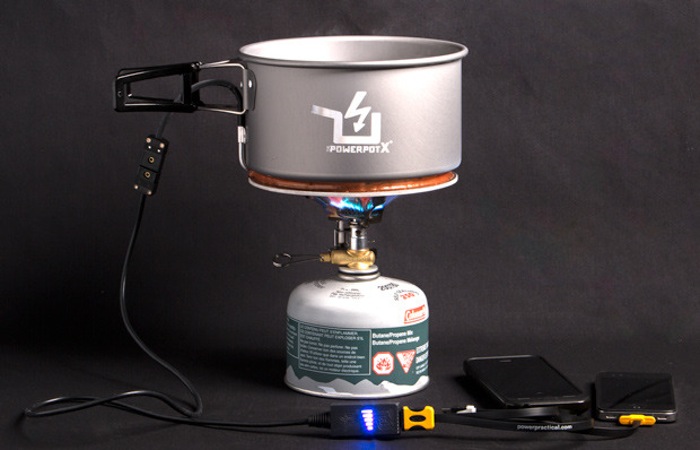 The original PowerPot launched on Kickstarter back in 2012 and now the design has been refined to create the PowerPot X. David explains a little note on how the technology has advanced.

The new, lightweight PowerPot X series marks the next stage in thermoelectric power generation. Our patented design is more efficient and produces more power than ANY thermoelectric generator on the market. Its larger size makes it more practical for preparing meals. The PowerPot X provides a full 10 watts of max output. Even under mediocre conditions, it produces 5 watts, giving you ample power for charging any device.