ZTE are expected to announce a number of new smartphones at Mobile World Congress in Barcelona next month, and now it would appear that they have revealed some details on one of them before its MWC launch, the ZTE Grand Memo.

The guys over at Engadget managed to get their hands on the new ZTE Grand Memo, and also found out some specifications on the handset, which will include a 5.7 inch HD display with a resolution of 1280 x 720 pixels. 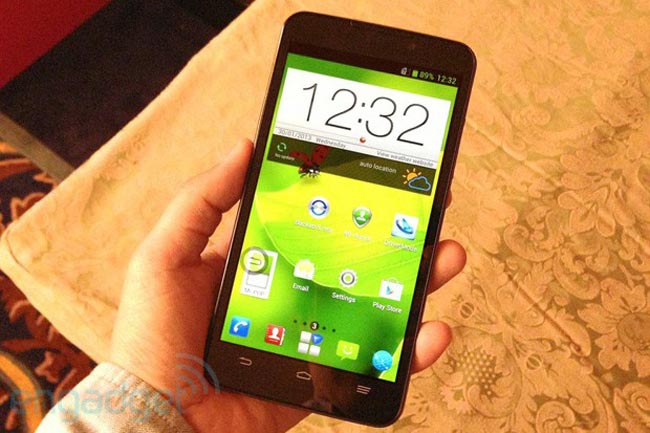 The ZTE Grand Memo is powered by a quad core Snapdragon S4 processor which is clocked at 1.7Ghz and it also comes with a 13 megapixel camera and will run Android 4.1.2 Jelly Bean.

We should have more details about the new ZTE Grand Memo, including full specifications and details on pricing next month.