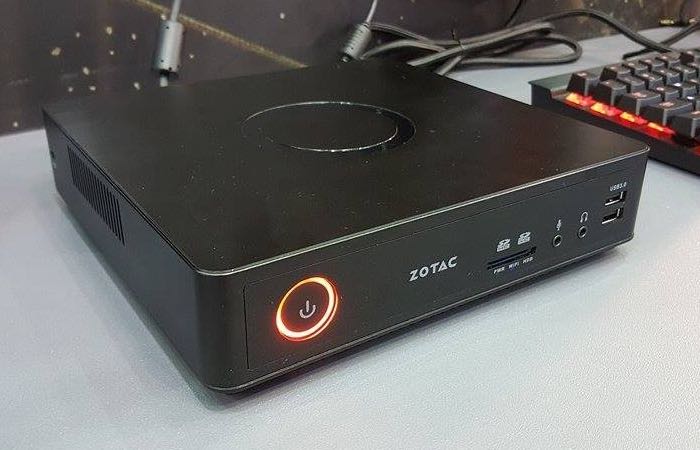 Zotac has already unveiled their new Steam Machine in the form of the Zotac SN970 which is equipped with a powerful NVIDIA GTX 970M graphics, and comes pre-loaded with Vale’s new gaming operating system Steam OS, this system is expected to launch during November of this year priced at around $1,000.

However if you are looking for a powerful mini PC without Valve’s Steam Operating system pre-loaded a new addition to the Zotac range may be worth more investigation and takes the form of the Zotac ZBOX EN970.

The Zotact ZBOX EN970 is powered by a Intel Core i5-5200u Broadwell processor supported by the same NVIDIA GeForge GTX 970M graphics, and includes both a 2.5 inch drive bay and an mSATA connector.

Other features include 4 x HDMI ports, 2 x Ethernet jacks, 5 x USB Ports, together with a handy SD card reader and the ability to load your own choice of operating system, whether that be Windows, Ubuntu or another Linux variation.

The system is supplied without memory, storage or operating system but at the current time no pricing structure or release date has been announced by Zotac, but as soon as more information is made available we will keep you updated as always.