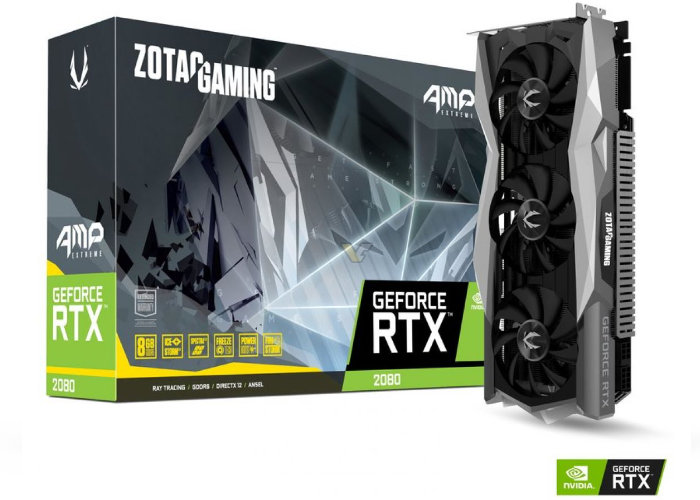 Hardware manufacturer ZOTAC has this week unveiled its new ZOTAC RTX AMP Extreme series of graphics cards although no specifications have been released as yet apart from a few standard figures such as the Extreme has factory-overclocked memory to 14.4 Gbp (that’s 400 MHz above the reference specs).

Very little else is known about the AMP Extreme series and the series has not been teased on social media or specifications leaked as yet. Although the ZOTAC website has been quietly updated with two AMP models, the Extreme and Core, both likely to feature the same design, but different clocks. 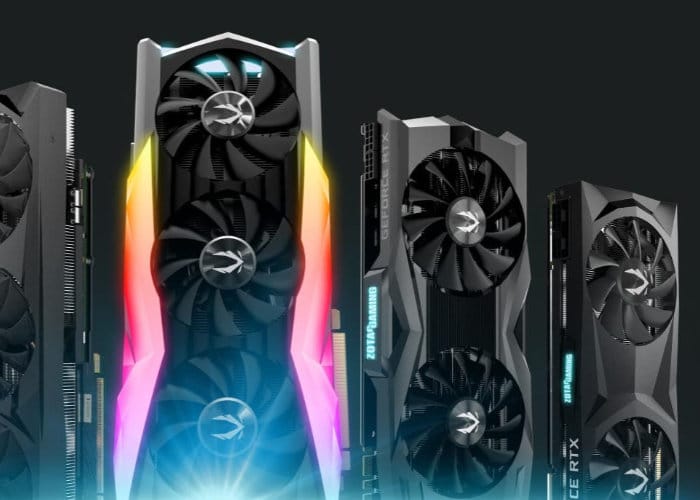 The design of the ZOTAC RTX AMP Extreme series of graphics cards features three 90mm fans and huge RGB LED strips on both sides. The 16+4 phase design is powered through dual 8-pin power connectors and the TDP has been increased to 280W compared to 215W on the reference model, explains the Video Card website.

Unfortunately, no information on pricing or worldwide availability has been released as yet by ZOTAC, but as soon as more information comes to light, we will keep you updated as always. There is also no sign of RTX 2080 Ti AMP Extreme at the current time.